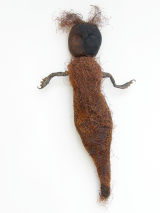 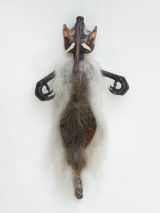 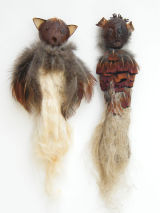 Specimens from the collection of Alex Rainhart

After my divorce my brother Martin took me under his wing. He insisted that I move into his flat in York. The flat was rarely occupied as Martin was usually abroad, working in different parts of the world in his role as a driver for Medecins sans Frontiers. He also decided that what I needed was ‘‘plenty of sun, some feta cheese and lots of decent tomatoes’’, so he took me on holiday. It was then that I met Alexander Rainhart. In truth I didn’t get to know him very well, he occupied the next room to Martin and me, and we exchanged pleasantries while leaning out from our balconies. I was in the habit of retiring to bed early to read and it was then that Martin and ‘Alex’, as Martin came to call him, would sit out on Alex’s balcony and talk until the early hours. I must confess that I showed little interest, being absorbed in my own problems at the time, and somewhat ‘off’ men.
Six months later Martin was tragically killed when a lorry he was driving was lost in a mud slide in the Coatepeque region of Guatemala. Being his sole heir I inherited the flat, and continued to live there. Two years passed by and then, out of the blue, a large parcel arrived addressed to Martin. On opening the package I realised to my astonishment that it had been sent by Alexander Rainhart. It appeared to have been packed in a hurry and a scribbled note had been enclosed. ‘Guard these specimens from my collection for me –tell no one –I’ll be in touch –Alex R.’
Feeling, somewhat irrationally, that the specimens might suddenly disappear as mysteriously as they arrived I took extensive photographs of the specimens. Beyond that I did not know what to do.
Four years on there as been no word, and so after much consideration, I have decide to defy Rainhart’s instruction to ‘tell no one’ and to display some of the contents of the parcel in the hope that someone will be able to shed light on the nature of these items, or on the whereabouts of Alexander Rainhart. I believe that he holds a doctorate of some kind, but unfortunately I have no further information.